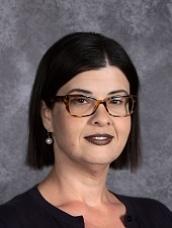 Leticia Padilla Parra is a graduate of California State University, Northridge, where she earned her Master’s Degree in Educational Leadership and Policy Studies and an Administrative Credential in Educational Leadership. Mrs. Padilla Parra has been a classroom teacher at Fenton Avenue Charter School for fourteen years before joining the  Administrative Team in 2013.  She began her teaching career in 1999 as a first grade teacher. After her fourth year as a first grade teacher, she continued to expand her teaching experience by teaching second grade for four years. She served as the second grade Lead Teacher for two of those years. She then taught fifth grade for six years before moving on to the Administrative Coordinator position, and then to the Assistant Director position at Fenton Avenue. Leticia has also served as co­‐chair of the Curriculum and Assessment Council, as well as Faculty Representative.
Barbara Aragón, Assistant Director 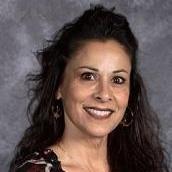 Barbara Aragon is currently the Assistant Director at Fenton Avenue Charter School, in Lake View Terrace, California.  During the  2014-2018 school year, Ms. Aragón served as the Administrative Coordinator and then Assistant Director At Fenton Primary Center.  She has been working in the elementary school setting for 27 years and holds a B.S. in Health Education, a Multiple Subject Teaching Credential and a Masters in Educational Administration.  Ms. Aragón also earned her National Board Certification in the area of Literacy: Reading-Language Arts.  She has been a mentor teacher, and has conducted staff development workshops and trainings in the areas of:  Language Arts, English Language Development, Technology Integration, Humane Education and SEL, and Explicit Direct Instruction.
Jessi Tello, Administrative Coordinator 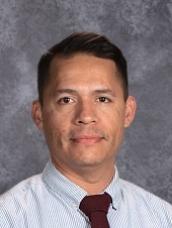 Jessi Tello is a graduate of California State University, Northridge, where he earned his Master’s Degree in Educational Leadership and Policy Studies and an Administrative Credential in Educational Administration. Mr. Tello had been a classroom teacher at Fenton Avenue Charter School for nine years before joining the Administrative Team in 2016. He began his teaching career in 2007 and taught kindergarten for two years. He has also taught first grade and fifth grade for four years. In 2015, Mr. Tello became the Technology Integration Specialist. He created a program in which students learned key computer skills while integrating grade level standards-based projects. Mr. Tello was technology integration specialist for a year and half before starting his current position as Administrative Coordinator.